This week we had a 250GB Western Digital model WD2500AAKX that was dropped. As you can see in the photo the heads were mangled and still on the platter. What you can’t see is that it fell so hard the orange head ramp is actually broken and that’s why the heads could not return to the parking ramp. 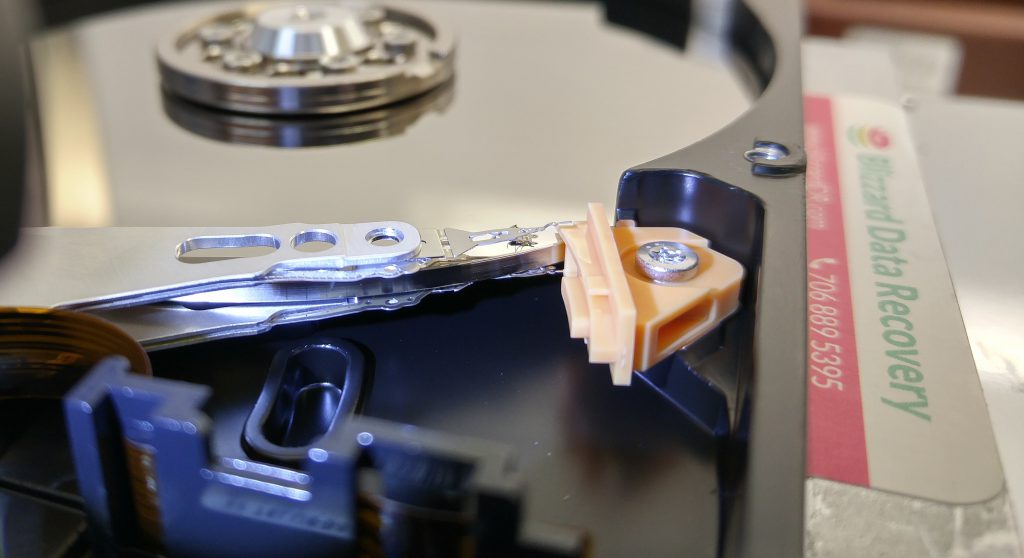 With this family of Western Digital hard drive (Tahoe LT) we can source heads from a 160GB, 250GB, 320GB, 500GB. In this case we used heads from a 500GB. The problem with these WD Blue models is that any one of them can have 1 or 2 heads. We have seen the 160GB, 250GB and 320GB in single and double head configurations. After swapping the hard drive donor heads we imaged the drive and recovered all but 212 bad sectors. It was better than 99.99% recovery.

Another case this week was an NVMe SSD from a Dell laptop. The recovery was one of the easiest we will probably see this year. The reason it was sent to a data recovery lab is because many computer repair shops do not have the interface cards and/or adapters for some modern solid state drives (SSD). Had this been a SATA device I suspect it would not have made it to us for recovery. 100% of the lost data was recovered. 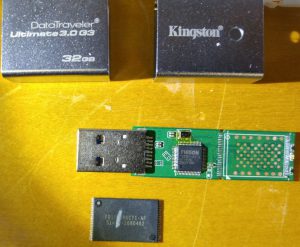 Another, not so common case, we received this week was a Kingston DataTraveler Ultimate 3.0 G3 32GB USB device. Unfortunately this device was not broken, it just stopped working. After inspecting the device and testing the PCB we had to escalate the case to chip-off status. The flash drive was based on the Phison PS2251-03-Q controller and had 2 x 16GB NAND chips. Although 80%+ data was recovered this is another good example that you need to stop trusting your important data to a single storage location.