While many people have seen pictures of the internal workings of a hard disk drive and have a basic understanding of the mechanics, I thought it might be interesting for some to see a closeup of the read/write heads. As storage density for platters has changed over time the read and write heads have also changed but you might be surprised how much they still look the same. The following images both include a human hair so you can better understand the size of these components. The black pad is called a slider and it hovers above the platter on a cushion of air. The air gap has become smaller and smaller over time as the density of hard disk drives has grown. Sometimes lower than .004 microns. Consider that a fingerprint is about 4.0 microns and a human hair is roughly 50-75.0 microns. 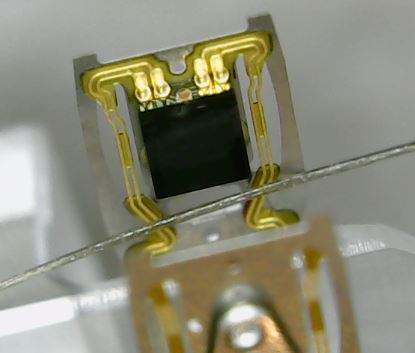 This is from a modern Western Digital 1TB laptop hard drive. 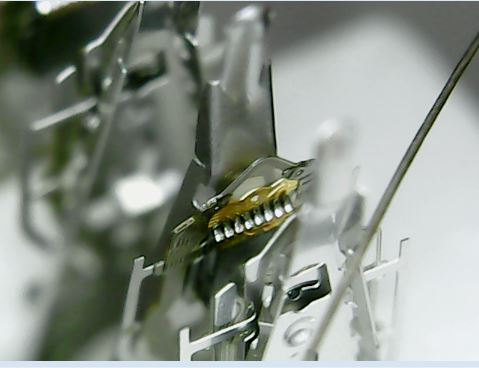 If this type of information interests you then you will probably enjoy reading this post about Western Digital SMR disk drives. This Seagate article about the transition from the legacy sector size of 512 bytes to 4k sectors (4096 bytes) is also a good read. Also referred to as “Advanced Format” by The International Disk Drive Equipment and Materials Association (IDEMA).