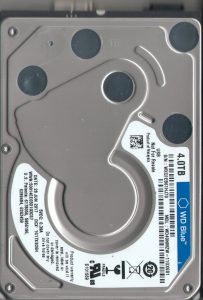 As hard drive manufacturers look for new ways to cram more data in less space, we see innovations, but we also see new problems for data recovery. Some of the recent Western Digital SMR hard drives have incorporated new methods of translation to handle shingled magnetic recording (SMR). For an introduction, you can read this excellent whitepaper on SMR and Helioseal technology by WD/HGST. While this is good news for increasing storage capacity while maintaining low prices, SMR disk drives could be bad news for the data recovery industry in some cases.

Currently, there isn’t a lot of information circulating about the new translation table design for Western Digital external drives that feature SMR, but we are finding out that the translation is similar to solid state drive (SSD) technology. We can also find some limited data about external hard drives supporting TRIM. If you aren’t familiar with the TRIM command, this is a good time to start understanding what it is and what it can do (Wiki TRIM). TRIM is supported by some SMR based WD hard drives, as you can see in this knowledge base post by WD. That’s right, some mechanical disk drives support TRIM. This means formatting or initializing the device or deleting files on some spinning disks could mean the data is unrecoverable. From that post: “WD external HDD drives that have SMR (Shingled Magnetic Recording) drive inside, offer TRIM command support which is enabled by default in Windows 7 and above, designed to maintain the performance of SSD or HDD at an optimal level over the lifetime of the drive.”

If you don’t actually want the files gone for good, deleting files is considered user error, but there is also the potential for total loss of data from failure that is not related to user error or at least partially removed from their control. As these HDDs become more widely used, we are starting to see some failures in SMR based WD drives where all data is lost in a heartbeat. In the past, when the translator was damaged – which can be a result of media failure for numerous reasons – data recovery engineers could often rebuild the translator and recover the data. With the introduction of this new translator design, which we will refer to as a multi-layer translator, the data could be gone for good if the translator tables are damaged or altered.

Besides the potential to lose all data if the service area suffers some damage, there is also the potential for an inexperienced data recovery technician to apply old-style fixes to an SMR disk drive that could lead to total loss of data because it alters the secondary translator, or SMR translation tables. In these cases, the drive will appear to function normally, but all sectors will be zero. As a matter of fact, you could most likely use the drive and start adding new data just as if the drive was new (blank). DR labs will need to study the new design and hopefully understand what procedures to follow for successful data recovery.

While it is beyond the scope of this post to teach new methods of recovery, we would like to note that there are at least two new modules introduced in these WD SMR drives that most likely relate to the secondary translation (Mod-189 and 190). In some of our testing, we have found that you can restore module 190 to gain access to the user data after HDD failure, or a failed attempt by a recovery tech, but this does not always work and the required modules may not be in every lab’s list of modules to backup. The module has to be saved when the drive has data access, before it becomes zeros. If you are in the data recovery business, this would be a good time to grab a few drives from the Spyglass, Palmer, Charger families (e.g. WD30NMZW, WD40NMZW, WD20SDZW, WD10SMZW, ) and start testing/experimenting now, before you start seeing these drives coming in for recovery on a daily basis.

For testing purposes you can usually simulate the data loss described above by simply rebuilding the translator, or use a PC with TRIM enabled and initialize and re-partition the drive. Obviously this should only be done on test drives without any valuable data stored on them.

As you can see, data recovery requires continued training, research, tools, and understanding, and we haven’t even begun to talk about helium filled disk drives. 🙂

How to recover data from WD USB drives with encrypted MCU.

Update April 24, 2020: ACELab announced at their Tech Con 2020 conference that they have a new method for write blocking on SMR drives to help prevent changes to the secondary translator that can cause some drives to lose access to the user data. They also announced a method that might allow access to raw data on drives that already have this type of failure.

Update April 23, 2021: ACELab announced at their Tech Con 2021 conference that they have introduced T2 recovery features.