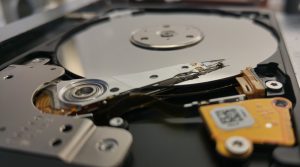 Recovery cases for Seagate mobile drives (Rosewood Disk Drive Family) have increased considerably in the past 8 months. When these hard drives first came out we saw a number of them that were unrecoverable because the platter surfaces were destroyed. This year the successful recovery ratio has become more in line with other brands and models. It’s possible Seagate has improved or replaced the original platter coating, but that’s just speculation. Whatever has changed, these Seagate models seem to have a much higher rate of recovery compared to the days when they were first released.
We recently recovered a dropped ST1000LM035 (2-platter, 3-head design) that had the head/slider suspension mechanisms twisted like they were hit with a hammer. One head/slider was ripped from the head assembly and stuck to one of the platter surfaces. After carefully removing the stuck slider and torn metal from the platter surface we recovered all of the customer’s important data. 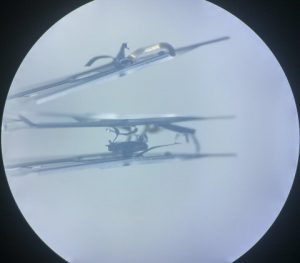 We have had very good success with the following models ST1000LM0035 (1TB), ST2000LM007 (2TB), ST1000LM048 (1TB) with manufacture dates of 2017 and 2018. There are still going to be some cases that are unrecoverable by anyone because of catastrophic failure, but the chances of recovery on the Seagate Rosewood family of thin drives is high. View our flat-rate pricing for hard drive recovery. 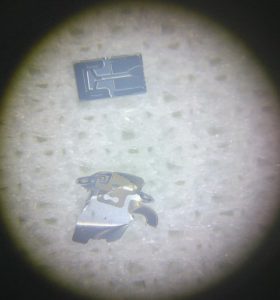 Our turnaround time is often very fast because we stock donor drives for both 1 and 2TB models.

Tips for a successful recovery:

Resist powering on the device after it has suffered any type of impact (portable or laptop). DO NOT open the hard drive! (YouTube is not your friend here). If you do power it on and hear clicking, beeping, chirping or mechanical noises turn the power off immediately.

If you own a thin Seagate portable or laptop hard disk drive and don’t have a backup you should consider backing up your important data right now. If it’s too late and you have suffered a disk failure then let us help you recover your important data and save you some money too.
Seagate Family Lookup